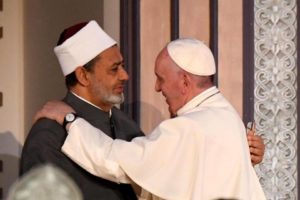 Advent over the next four Sundays draws us closer to little, fragile Jesus. This Jesus who is born in the hope of many people for a better, more humane world, where men and women can enjoy their rights. A world in need of dialogue, and equality. Pope Francis in his messages encourages us to leave oppressive structures, both inside and outside of the Church, and to open ourselves to the message of Jesus become man in different cultural and social ways. 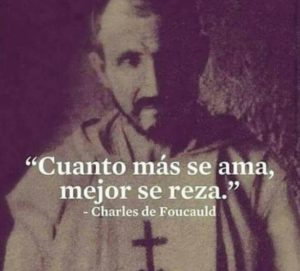 Brother Charles, whose feast we celebrate on 1st December, 101 years after his death, is one of our references to open us from Nazareth to the world, faced with a long list of injustices which are kept up from the interests of the powerful. The mafias behind drug and human trafficking, the nuclear threat, political fundamentalism, the causes of climate change, terrorism… and so many Christmas counter-decorations that embarrass us, but are still present in everyday life. When information and consciences are manipulated, when one attempts to gain power, money and deceive people at the cost of human lives… I think we all know to say no to all that, but our mission includes helping others to be consistent with faith and the Gospel. May our prayer, pastoral activity and mission, born of love for the Lord and our neighbour, as Charles de FOUCAULD inspires us, be aligned to work for the Kingdom this Advent, where the poor teach us to share what is small and insignificant.

We have experienced with sadness the loss of Felix RAJAONARIVELO, our brother from Madagascar, Howie CALKINS, from the United States, -whom we have mentioned on the pages of iesuscaritas.org- and Dominic, from Myanmar. Other brothers have also died. They have all taught us by their faithfulness to the Gospel and to the fraternity that to be a follower of Jesus is worthwhile. 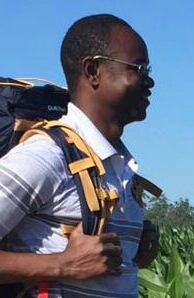 With the death of Felix, a member of the international team and African responsible, the team designated Honoré SAWADOGO, from Burkina Faso, to assume his place and responsibility. We will welcome him at our next meeting as a team in Bangalore, India, in January 2018, preparing the General Assembly of January 2019. Honoré, Jean-François, Mark, Emmanuel, Mauricio and I will work with enthusiasm to make possible an assembly where all the brothers throughout the world will be represented, with their concerns, the realities of their fraternities, calls to be faithful to our choice for the path of Jesus as missionaries and diocesan priests, following the charism of brother Charles. I am still awaiting from some countries their response to the questionnaire before the Assembly. The questionnaire is permanently to be seen on our internet page. Thank you. This will make our work easier in Bangalore. 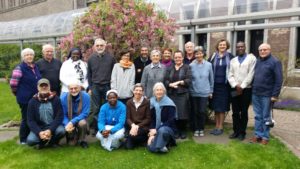 In April I lived with great joy our meeting of responsibles and delegates of the Spiritual Family of Charles de FOUCAULD in Aachen, Germany. We shared the reality of being brothers and sisters marked by a Church style in communion with Pope Francis, with the difficulties of being imperfect human beings, but open to personal and communal change faced with the challenges of our societies, with the problems of people, with the joy of knowing that we are not alone in this mission. We feel and are family, and our priestly fraternity shares in many places of the world the life and closeness of the other fraternities in the charism of brother Charles. 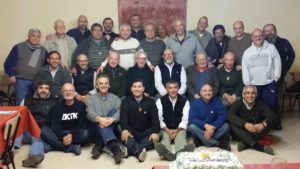 The fraternity of Argentina held in June its annual retreat. I had the joy of taking part in it and sharing with many brothers on their pastoral life, the depth of their lives and their commitment to their people and to their communities. I only have words of gratitude for all that the Lord is doing through these brothers and the closeness and brotherliness with which they treated me. José María BALIÑA, auxiliary bishop of Buenos Aires, helped us share deeply by means of the Word of God on our lives and mission. (See the Letter of Aurelio to the fraternity of Argentina, on our website, archives of August 2017) 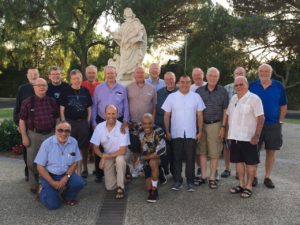 The fraternities of the United States also held their assembly in July in Camarillo, California. Our brother, Fernando TAPIA, Pan-American responsible, facilitated the meeting. Jerry RAGAN, our dear “Hap”, was reelected as national responsible. (Letter from Camarillo, in August 2017, on our website). One notes with great joy the closeness of the different fraternities of all America, especially in the preparation that is being done for the II Pan-American Assembly, in February 2018, in the Dominican Republic, with the coordination of Fernando and the Caribbean brothers, Mártires and Abraham. The new fraternity of Haiti will be present. Welcome, Jonas and Haitian brothers. 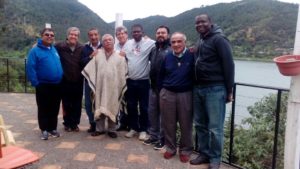 Our Mexican brothers held their first ever Month of Nazareth in July and August, also guided by Fernando, close to Puebla. The experience has been a seed of true fraternity in this country where the fraternity is growing and is being enriched by brothers who are very socially and pastorally committed to the people. The work of Nacho, previous responsible, his tireless dedication to the fraternity, and now the work of José RENTERÍA is appreciated. Thank you for being as you are. One can read an extensive pdf with a report of the Month of Nazareth also on our web page. 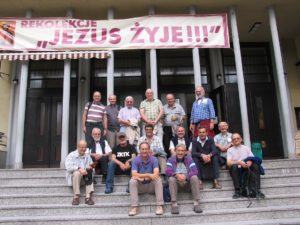 In July we held our European Assembly of the fraternity in Rudy, Poland. In the Letter from Rudy you have a broad resumé of the contributions of the fraternities of Europe, the result of our work coordinated by John McEVOY, from Ireland, our European responsible, and the Polish brothers especially Andrzej ANDERWALD and Rafał who went to great lengths to host us, warmly welcome us and offered us in parishes at the weekend their hospitality and contact with the people. We elected Kuno KOHN, from Germany, as new European responsible, until the next Assembly in England in 2020. Many calls come to us faced with a European Church that is ageing, in a society that is daily more godless and secular, with a changing demography reliant upon a great number of immigrants and refugees. These should not remain outside our mission. 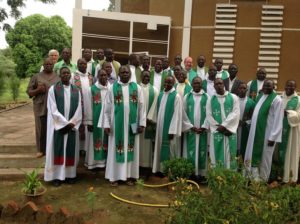 Our brother Jean-Michel BORTHEIRIE led the retreat of the fraternity of Chad, in Bakara, in the month of August, and with great joy he shared this African experience of fraternity with me. He is a good connoisseur of the African scene very well from his missionary work on the continent. The fraternity of Chad is growing and Corentin AGDE is striving to coordinate the meetings as the responsible with great difficulties because of the distances as happens in many countries where brothers must to travel many hours to meet. Thanks, because this effort makes the fraternity possible. 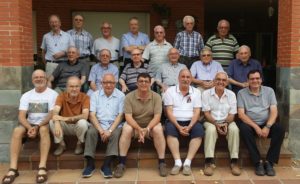 The Spanish fraternity had our summer retreat the last week of August, in Galapagar, Madrid, with the contributions of our brother Mateo CLARES along the lines of the spirituality and mission of Charles de FOUCAULD. The Adoration, the Review of Life, the Desert and an evening assembly, coordinated by our responsible, Leonardo, tempered our hearts and helped us to go deeply into our lives. 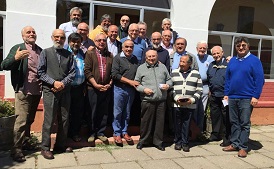 The Chilean brothers have held their retreat and assembly these last few days, led by Matías VALENZUELA, a Sacred Hearts missionary, specialist in themes related to Charles de FOUCAULD. What a joy to see our Mariano PUGA again in this family photo! He and other “historic” brothers whose years and experience give us a living testimony of following Jesus as pastors and missionaries, reflecting by their lives that God loves them and that they do everything for Him. 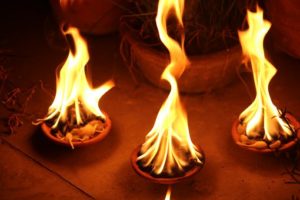 This last week in Pakistan the Asian Week of Spirituality, centred on the message of Charles de FOUCAULD, took place with the participation of brothers of nearly all the Asian fraternities and with the coordination of Arthur CHARLES, Asian responsible and Emmanuel ASI of our international team. I hope soon to be able to give a resumé of information from them on our fraternity website.

Today I travel to Italy to take part in the retreat and assembly of the Italian brothers in Loreto. Secondo MARTIN is completing his term as responsible and a new brother must be chosen. We will have ever present in our hearts Giuseppe COLAVERO, a great warrior for the fraternity and for the most abandoned. Also, Giovanni, the old brother loved by all. 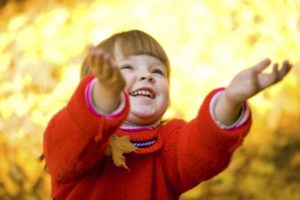 Let us keep in prayer our sick brothers. I think especially of Aquileo, from Mexico, who is due to be operated on following an accident; of Gianantonio, from Italy; of some of the Spanish brothers who are closest, with their health problems. They are the presence of Jesus, who was always alongside the suffering. Our prayer is also with the brothers in countries of political instability and insecurity, terrorism, organised crime, etc. With them and on behalf of their people may we pray that Jesus be born in those humans who do not have the means we have for living. This is one of the intentions we can have as a fraternity this Advent.

Forgive this long Letter for Advent, that looks like a family album and news-sheet. I do it with affection that we may get to know the faces of our brothers across the world, their joys, their concerns.

A good Advent to all with the hope that the work here or there, on the missions, in neighbourhoods, hospitals, prisons, parishes, manual labour, those excluded by reason of their condition, may be all for the glory of God and to build a world of brothers.

(Thanks so much, dear Liam, for the English translation)