CANONIZATION OF BROTHER CHARLES: A JOY AND A COMMITMENT

A letter from the International Team to the brothers around the world.

The long-awaited news has finally arrived: Pope Francis will canonize Brother Charles in Rome on 15th May 2022, along with six other Blesseds. This news has filled all of us: laity, men and women religious, deacons, bishops and priests who are inspired by Brother Charles’ spirituality with great joy.

The Second Vatican Council says that “the Spirit dwells in the Church and in the hearts of the faithful as in a temple (…) with various hierarchical and charismatic gifts, directs and enriches the Church with all its fruits (…). He makes her rejuvenate, constantly renews her and leads her to the consummate union with her Spouse “1

Brother Charles was a docile instrument to the action of the Holy Spirit and allowed himself to be guided by that same Spirit with passion and great interior freedom, always seeking to do the will of the Father. Let’s not forget that he prayed the “Veni Creator” three times a day. Guided and driven by the Holy Spirit, he entered the monastic life, and became a servant of the Poor Clares in Nazareth. He accepted being ordained as a diocesan priest and became a missionary among Muslims “who were abandoned deep in the African desert.” 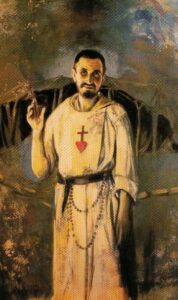 Without intending to, Brother Charles de Foucauld profoundly renewed religious and priestly life through his radical imitation of Jesus of Nazareth. He achieved this through his absolute obedience to the Father and his trustful abandonment into His hands; through his embrace of poverty as a way of life; through his commitment to the most vulnerable; and through his active search for the peripheries where the Gospel had never been preached. He showed that in becoming a brother to all was the privileged path of evangelization.

His influence has spread throughout the Church, particularly in Latin America and the Caribbean, giving rise to a “poor Church and for the poor,” as Pope Francis told reporters after assuming his Petrine service. Brother Charles, motivated by the God of Mercy, presented us with a missionary Church that goes out in search of people in order to offer them the pearl of the Gospel. He presented us with a martyrial Church that believes in the fruitfulness of the grain of wheat that falls to the ground, dies and bears much fruit. A Church that, together with men and women of other religions and non-believers, seeks paths of fraternity and friendship to conquer violence and overcome injustices.

The testimony of Brother Charles is more relevant today than ever and can be an inspiring and illuminating beacon to the Universal Church to promote the profound reform that Pope Francis is undertaking among the People of God. It is not then by chance that Pope Francis culminates his encyclical Fratelli Tutti, mentioning Brother Charles as the main inspiring figure for him.3

For us priests that belong to IESUS CARITAS, this canonization is not only a gift but is also a call to collaborate more actively in the process of renewal in the Church that the Holy Spirit is doing through Pope Francis. We can do this by first of all living out more and more fully our fidelity to the charism of Br. Charles. It is also a commitment to make the life of this new Saint of the Universal Church known to seminarians and priests, so that they may embrace him as an inspiring figure in their ministry of evangelization, in a culture that is increasingly alien to the values ​​of the Gospel and indifferent to the sufferings of the poor and the marginalized. 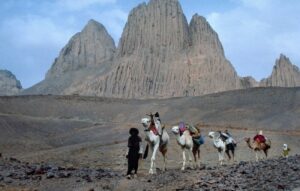 The lay men and women of our Spiritual Family also look for our accompaniment in order to deepen their knowledge of the testimony and writings of Brother Charles, which will allow them to actively immerse in the “missionary transformation of the Church”4 that is promoted by Pope Francis.

Dear brothers, we are asking you that: with renewed energy and firm resolve, we seize every opportunity, and do not let the time of grace around the 15th of May elapse unused! For some time, Charles de Foucauld will be in the focus of attention of both the religious and general public. Organize lectures, write articles in church magazines and secular newspapers, arrange encounters with young people, talk to our bishops, and be creative in making known and fruitful the gift that we have discovered in the path of Bro. Charles. First and foremost, we need to rekindle our commitment to walk together in the Foucauldian spirituality, especially through personal exchanges within our local fraternities.

Finally, we greet you all a blessed Christmas season. As the Emmanuel came disguised as a little boy in a manger with Mary and Joseph, may He embrace all families in the margins “whom the pandemic marginalizes even further”5 with His gifts of joy, tenderness and renewed hope. May the God of Light continue to shine brightly through the systems, structures, relationships of our world today deeply enmeshed in the darkness of untruth and indifference. With the 3 magi, may we be the synodal people of God, walking together and listening to one another as brothers and sisters in search of the Birth of new beginnings. 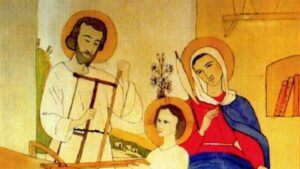 One Reply to “Canonization of Brother Charles. International Team, December 2021”