Dear brothers,
We write to you from Perín, Spain, where we have met to prepare for the World Assembly of the Priestly Fraternity Iesus Caritas in Cebu, Philippines.

We are near Easter, still cold, but in spring.

We have completed the Letter of Convocation for the Assembly, and together with the 56 delegates or responsibles who will take part, all the Iesus Caritas brothers are involved. Taking into account the situation of the life of the world and of the Church, which high-lights the relevance of the spirituality of Charles de FOUCAULD, on the one hand developments in the world: the five continents are increasingly inter-dependent, the great movement of migrants, degradation of the planet is aggravated, the gap between rich and poor is greater, local conflicts with international repercussions (Syria, Yemen…), the god of money with such sway…We see many countries turned in on themselves, with protectionism and at the same time a mistrust of one another. 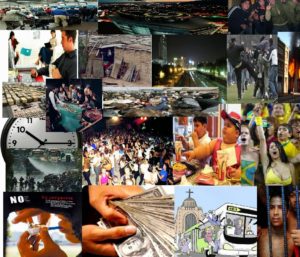 The development of the life of the Church: Pope Francis looking at this world situation, presents us with the challenges for the Church’s mission. In his apostolic exhortation, Evangelii Gaudium, he calls on the whole Church to take up once more a dynamic of evangelization, centred on Christ, and to go out to meet people, particularly the poorest, on the periphery. In Laudato Si, once more, he asks us to mobilise around the figure of Francis of Assisi in order to practise a happy sobriety and solidarity with the most fragile of our world. We see the resistance in our communities and dioceses to this movement of conversion to which we are called by Pope Francis. We, priests in fraternity, disciples of brother Charles, must commit ourselves in this situation motivated by the intuitions of Charles de FOUCAULD: to cry the Gospel with our life, to be the presence of the Gospel in the heart of the world that 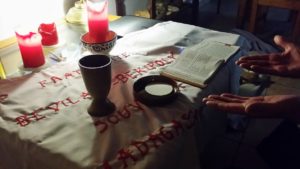 does not know Christ; the calls to be universal brothers and make possible in our communities a dynamic of going out and of dialogue; called to live the spirituality of Nazareth, namely, poverty, prayer and closeness to the poor. Therefore, not to be a narcissistic Church that gazes only at itself. 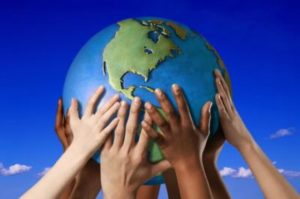 At our Assembly in Cebu, Philippines, we will keep present this triple fidelity: to Christ, to Brother Charles, and to Pope Francis. That’s why it is so important that each brother contribute to this meeting, by assiduous prayer asking for the intercession of Charles de FOUCAULD, by the brotherly communion with each other, by the communication of each of our fraternities of all our countries… To that end we have a means of communication which is the website iesuscaritas.org We invite you to send your articles, reflections and news items…

Thank you for all the efforts to prepare well for our World Assembly, working on the Philippine Questionnaire, and for collaborating economically to assist in the journeys of brothers who cannot meet the costs.

In these working days we have shared the lives of many people, pleasant human situations and other more complicated ones. We have lived prayer and the Eucharist interceding for all of you and especially for Gianantonio [Allegri], from Italy, operated on these days for cancer.

May the joy of Easter go out from us from a deep conviction that Jesus is alive in the people and situations that surround us, in the movements of the world in favour of the rights of men and women, and from the so many good hearts that we encounter daily. 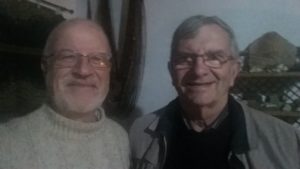 With a warm brotherly embrace.

(Thanks so much, dear Liam, for the English translation)

As already announced in other communications, we will have our WORLD ASSEMBLY of the Fraternity from 15 to 30 January, 2019. The venue is: House of Prayer, Agustinian Sisters, TALAVERA, CEBU, Philippines.

We will be about 56 brothers in this world assembly.

The theme, as you know, is: DIOCESAN MISSIONARY PRIESTS INSPIRED BY THE CHARISM OF CHARLES DE FOUCAULD.

We have in the international team some answers to the Bangalore questionnaire. Now we name it the PHILIPPINE QUESTIONNAIRE. This appears updated on our iesuscaritas.org web-page with the proposed methodology and all the information that we are sending to you now. Each country must send its continental leader the summary of the reflection, because in the assembly there will be work by continental groups. All this work must be completed by October 1, 2018, by sending it to Aurelio, asanz@quintobe.org and your Continental leader:

During the month of July we have to make a global budget for the assembly and we need to know if you need help to cover your journey.

We are attaching the registration form and the programme for our assembly. Registration please before October 1st. Every region ought to designate its responsible or a delegate to participate.

Thank you, and we encourage you to take part with your answers, prayers and the support of your fraternities.

Sending you a warm embrace,

Follow-up report of the project carried out by the aid workers Concepción MARTOS GARCÍA, Carlos LLANO FERNÁNDEZ and Aurelio SANZ BAEZA during their stay at WEND BE NE DO (WBND) in Burkina Faso, from January 29th to February 8th, 2018.

To be at WBND once more is a privilege for our lives. We shared a reality that engages us all year from afar, but which on the ground bolsters and renews us in the work. What is important is to interact with the people, small and great, to listen and to be heard.

has been a great pleasure to take part in the II Panamerican Assembly of the fraternity in Santo Domingo and to share the life and worries, the hopes and realities of the present brothers and of the absent ones. Together with Mark, as international team, I have felt the spirit of the universality in the life of the fraternity of Charles de FOUCAULD, both in the distances of lives and in the answers to the challenges of our time. 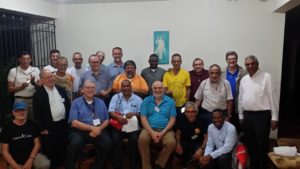 Thank you for everything what one has worked, before and during the assembly. I value the effort of all: the responsibles of every country preparing the answers to the questionnaires, Fernando’s work with the coordination, the Dominican brothers with the preparation of the assembly and to do that we were like in house … Our brother Francisco, archbishop of Santo Domingo, with his hospitality and nearness … Our brother bishop Rafael, with his testimony of loyalty to the fraternity and to the people … Are great the motives for being grateful.

From every person, the brothers, the community of Carmelite sisters and the workers of the house where we were, the work of Raisa, the people that we knew in the parishes and communities, a gift is received. He is the human being who gives us the better thing of yes 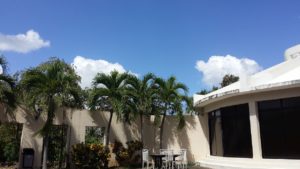 same. When we go for the life of pilgrims, when we go out of ours “I” to meet “other one”, and our attitude is not to be to the defensive, but of receiving and being received, without judging, without prejudices, one makes possible the fraternity, and one believes this contemplative moment of between the persons, that it is deeper still when some time ago that we have not met. Because of it, the great happiness of finding again brothers and to be fused in the fraternal embrace. 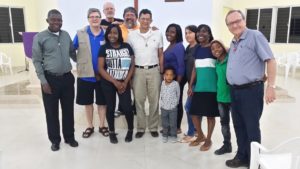 Thanks to Carlos Roberto and Eleuterio for his two so interesting presentations and interpeelers. They have helped us to have a more just opinion, to penetrate into the calls from the Bible and the Laudato si of the pope Francis towards the reality of the world of the migration and of the ecology, into the care of the common house. This has supposed a capture of conscience on the challenges that they present not only in America but in the whole world. Our brother Charkess had this conscience from his trip to Morocco, as scientist, and learned of the simple people how to value what is had, how to value abroad; why his faith, his culture, his color or thought interrogates us, since it is different from us. The message of universal fraternity of Charles de FOUCAULD stays once again in the present, in our pastoral and personal “budgets”. 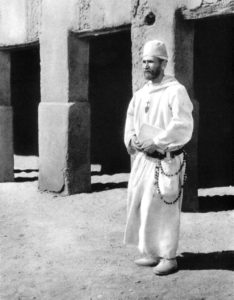 The times of prayer, in the adoration, in the celebration of the eucharist, I think that they have helped us not to think only, but to be employed at team and to do between all a good work that helps all the brothers of America.

We miss to the brothers of Mexico, but we value his contributions for the questionnaire. We feel near Douglas, in Venezuela, that it is trying to announce the fraternity in his country, contacting priests motivated by Nazareth and the missionary style of the brother Charles .¡Bravo, Douglas! And very much good spirit to the fraternity of Argentina in the preparation of the Month of Nazareth in the next July. 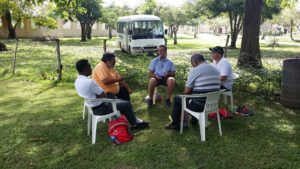 Today I write with the pain and the worry for the terrorist attacks in Burkina Faso. The whole day I am dependent on news. There hurts me much that stuffs itself to any person, and even more to a country that I love so much. I ask for prayers.

And I ask God and his Mother to bless us, that illuminates with his Spirit our lives, our communities, our families. That we can look at Jesus in the adoration with friend’s full confidence, that we listen to the Lord in the desert, with his long silences and waits – them of Him, to the search of us-, that we put our heart in the review of life, as an opened, royal book, not of science fiction or of history, which there are most left those who motivate us in the way of the Gospel.

PDF: Letter of Aurelio to the american brothers, 2 March 2018, eng