Europe has become the first continent in arrival of immigrants. Faced with a movement unprecedented since the second world war.

The human tragedies occur in the Mediterranean. The successive single immigrants do call into question European countries politically and legally. Contrary winds create a climate of hostility to immigration. 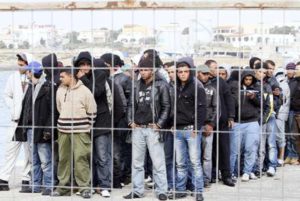 Political instability and wars in Africa and the Middle East released the inhabitants of these States to the roads of exile. Let us look at what has come to occur in Syria and Libya!

The gist of this South-North exodus through the Mediterranean through mafia traffickers.

These traffickers headed to Europe to tens of thousands of immigrants in dramatic conditions, after having extorted with sums of money that borrow families whole.

These slavers of modern times do not have the minimum scruple. They build up men, women and children on unfit vessels, causing sometimes themselves the shipwreck.

These tragedies are a huge challenge to human dignity and the values of the founders of the European Union.

The walls of shame: 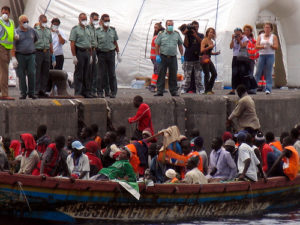 Since the fall of the Berlin wall in 1989, it was believed that it was not going to see that raise more walls in Europe. But the lack of security and the strategy of fear make to decide walls anti immigrant, the barbed wire, walls of shame. Does not protect immigrants, protect the borders.

Strengthening wanted by the European Union for the means of control does not prevent that waves of immigrants continue coming to Europe. But at what price! Those risks is enlarge, the networks of traffickers is reinforce, the situation human is degrades… 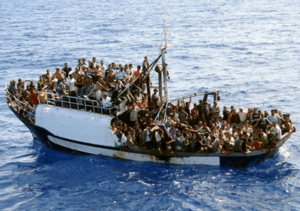 The future is in solidarity and brotherhood.

Despite this difficult context and so little opening, the initiatives put humanity above all.

Thus, humanitarian ONG’s commit themselves to the rescue of refugees in the Mediterranean.

Small countries that pass through political and economic difficulties are shown solidarity. The impulse of the solidarity of the Greek people is exemplary. The huge influx of refugees hosted by Jordan and the Lebanon should question the policy of closure of the European Union.

I have returned from Albania, where in the capital, Tirana, have hosted some 3,000 Iranians who were in danger of death in Iraq, in a camp near Baghdad. Thanks to an intense diplomatic activity, they could be released to reach Europe, but most of the European countries did not want to run the risk of receiving them. To not bother to the Tehran Government, Albania has received them worthily, placing at their disposal necessary for easy insertion. 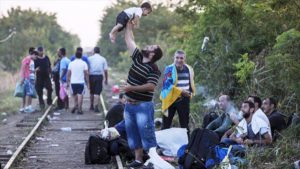 Germany has been generous to accommodate immigrants.

Francis Pope has launched a call to Christians to open their hearts and their homes to welcome refugees. This call has been received. In the community where I am, we have received to start an Afghan from Kabul and a Kurd from Mossul. The two, Muslims. His humanity, his grace, his sense of others, have marked the community. The refugees are a blessing for those that host them.

On the ground there is an important civic responsibility. Numerous municipalities are committed to a policy of welcome and hospitality in the face of the refugees. Many networks of solidarity show that fraternity is possible.

The future is not in denial or exclusion of the other. We are all called brothers to build a world where everyone lives on the other.

We began our meeting of the International Council with a special remembrance of our deceased brothers, Tony PHILPOT, former International Responsible, and Giuseppe COLAVERO and Hermann STEINERT. All our brothers have been in our prayers, our thoughts and our hearts. 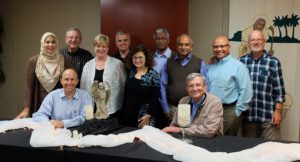 Our first theme was to do a review of our lives, that is, how we have lived and been since our last meeting in Aurelio’s house in Périn, Spain. These days in Kansas City have been very rich in contacts with and in time spent with the people of Mark’s three parishes and other religions–multi-ethnic and varied, diverse lay groups, religious, students of various schools, the simple people for whom Mark is a good shepherd. Thank you Mark for all the work of welcome and for facilitating things. 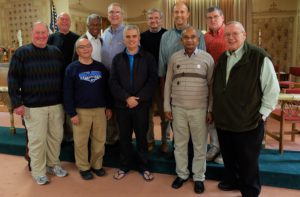 We also met brothers of the fraternities of the United States, gathered as the National Council in Kansas City on 25 October; we shared prayer, Eucharist and dinner with Jerry, Joe, Greg, Ron, John and Bob. We felt friendship and closeness. And we have been touched by the pain of our brother in fraternity, Mark’s housemate Tom, 82 years old who was attacked and robbed at the entrance to his house during our stay and who is recovering in the hospital. 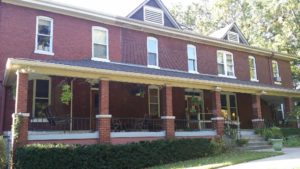 The place where we worked, the Sanctuary of Hope, has helped us to be a fraternity and to work on the diverse topics that we brought as our agenda. The house has helped us live in a climate of work and prayer. Liturgy of the hours, adoration and Eucharist, and even a half-day in the desert, have made it possible for us to be close to God and to you.

The objective of our meeting has been to take our pulse as fraternity and to study the diverse realities on the continents and the questions that inter-religious and inter-cultural dialog pose to us, challenging us as persons, as a Church and as fraternity. We see a world threatened and attacked by fundamentalists, terrorism, political crises in many countries, the lack of a response by governments and the increase of populist movements—all this causes our societies to be more closed and fearful of those “outside.” 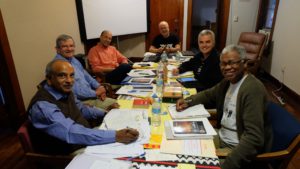 Reviewing the two continental assemblies held this year, the First Pan American Assembly in Cuernavaca, Mexico, and the Asian Assembly held in Cebu, Philippines, and looking to the next European Assembly in Poland in July 2017, we received and studied the calls given to the International Team. These included especially the development of the fraternities and of our personal lives as diocesan priests who follow the charism of Charles de FOUCAULD, deepening in the missionary character of going to the peripheries, which Br. Charles showed us in the last stage of his life and before his death. From all our reflections, studies and dialogues etc, we are able to say that the theme of the next General Assembly in Bangalore, India, 15-30 January 2019 will be: 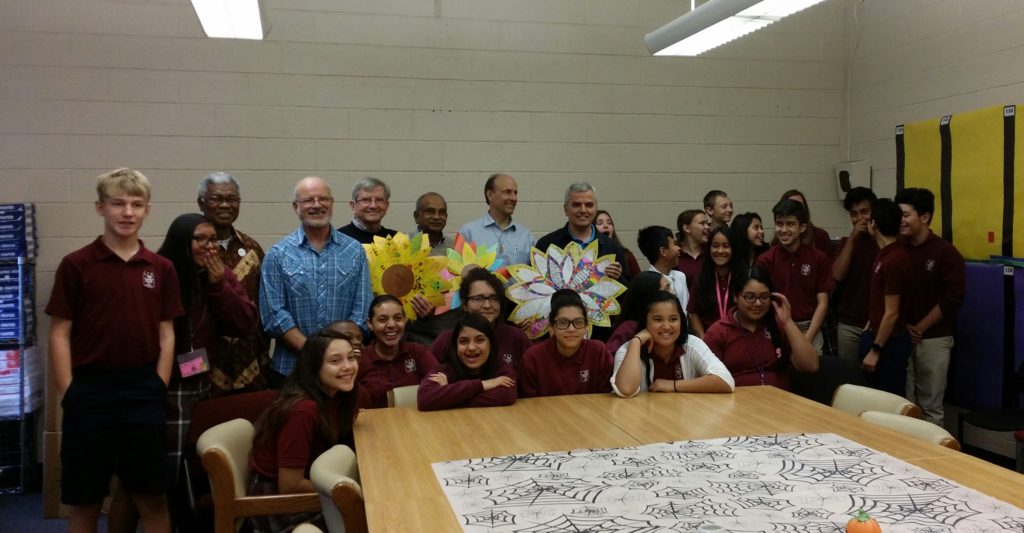 We have elaborated a questionnaire for all local fraternities of the world to review and answer; it will be sent to the regional responsibles and published in our web site www.iesuscaritas.org. We heard and considered the proposals of the Pan American Assembly which have shed much light on all this. 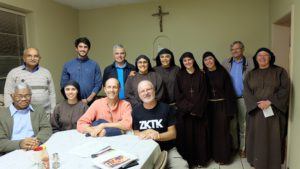 We believe that Charles de Foucauld has been compartmentalized in a monastic model, and it concerns us how we identify with his charisms as diocesan priests. For this we want to re-identify with his missionary spirit, both as contemplative and as a man of the street, toward Muslims (in his case) and with the people with whom he lived his Nazareth. This reflection points to a response to the call to be missionaries along the lines of the intuitions of Brother Charles, to be a Church in Mission, a Church like the Good Samaritan, that gets off its donkey to attend to those most in need, to a wounded world, to an abandoned humanity, a people without hope, and to be a Church in dialogue and encounter with other religions, cultures and societies.

We have seen the necessity of creating a Directory for the Month of Nazareth that will better serve the development and life of the fraternities. For this we asked the collaboration of three brothers who have accepted this job, reuniting and forming a small fraternity in February 2017 in Spain: Manual POZO (Spain), Fernando TAPIA (Chile, and Continental Responsible for America) and Jean Michel BORTHERIE (France.) Thanks to them for this service to the Fraternity. The document should be approved in the General Assembly in Bangalore. It is necessary to gather material of concrete experiences, some of which were expressed in the last assembly in Poissy. 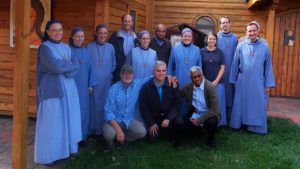 We have heard the echo of different world events on the occasion of the Centenary of the Easter of Brother Charles in local fraternities, countries and in communion with the Spiritual Family of Charles de Foucauld—lay, religious, communities… What we hear fills us with joy and peace. As does the naming by Pope Francis of two members of the Fraternity of Priests as cardinals, in Myanmar and Malaysia; we are joyful and strengthened.

Mark presented us the financial report of the worldwide Fraternity. Thanks to the fraternities that help economically each year. We also invite the fraternities that do not collaborate that they would make an effort to strengthen the common good of the Fraternity no matter how small your financial contribution may be. Thank you. From this moment we need to reduce our expenses and save money for the General Assembly in India.

The next meeting of the International Council will be in Bangalore in January of 2018, one year before the General Assembly, to prepare, concretize and become familiar with the meeting site and to give flesh to an assembly that expresses all that the brothers of the world want to say, propose and support; our intention is to be very concrete in the activities, reflections and conclusions that are made. 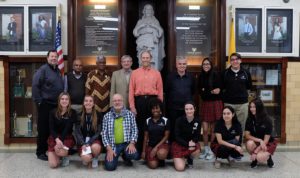 We want to say to all that today, in the present moment in our world, with its great questions and challenges, with the situations that get out of hand and those we can handle, in this present moment of the Church, with Francis in front, as pastor and man of God, with varied pastoral and spiritual lines that are sometimes opposed, Charles de Foucauld, through his Family of Fraternities has much to say and contribute with his message of encounter between persons and different societies, and with his call to be the presence of Jesus without fear, without reserve, without evading responsibility, and with boundless confidence.

For all this, we trust in you and in your great and sincere hearts and we send you our sincere and brotherly affection. 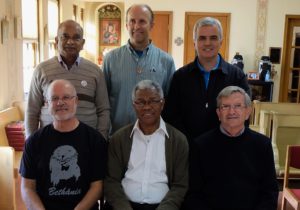