Aurelio, our international responsible, came to Paris to meet me in brotherly encounter. He asked me to share something of what I would like to say to the priests of the Fraternity. To share with you about your ministry and your life.

However to speak of priests is to speak of Man, of those to whom we are sent. Are we not at the service of the people?

One night, taking the Metro at rush-hour, I found myself hemmed in at all sides and unable to hold on to anything for support. Whenever the Metro braked I had to support myself against others. Someone recognised me and smiled at the situation in which I found myself. We got off at the same station, and I had to tell him: “Don’t you see? What supports a bishop is the people.”

1. Parting from what is human. 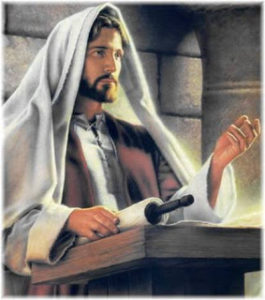 Following Charles de Foucauld, we are marked by the spirituality of Nazareth: a simple, poor, life style mixed in with the ordinary life of the people. Jesus, the man of Nazareth, lived a myriad of experiences because of his work, the injustices of his day, his links with the poor, his presence among families, sharing their joys and sorrows, his prayer to the Father while alone. His heart, as a result of these encounters, burned with love for the people. This unhurried maturation prepared him for his prophetic mission, which began in an incredible manner in the synagogue of Nazareth.

His hour had come.

“The Spirit of the Lord is upon me, for he has anointed me to bring the Good News to the poor. He has sent me to proclaim liberty to captives, sight to the blind, to let the oppressed go free, to proclaim a year of favour from the Lord” (Lk 4,18-19)

Jesus’ whole public life would be the putting into practice of this Nazareth preaching. It is not a religious discourse that speaks of the law: it is a discourse that only speaks of being human.

It is not a discourse of restoration, it is a great message of life-changing liberation.

What a stunning discourse!

The spirituality of Nazareth does not suggest a dead-end to this proclamation.

It is what gives a prophetic dimension to our ministry and to our life as priests.

“I am non-practicing” or “It is a while since I stopped practising”.

At the last judgment I will not be asked how many times i have celebrated Mass or blessed marriages. I will be asked, “What have you done for your brother from abroad, the prisoner, for the one who was sick or hungry…?”

What is essential is the practice of being a brother, the practice of solidarity. Nobody is dispensed from this, even if he is retired. How should we deal with so many Christians who have not discovered the importance of this practice of love and justice towards their neighbour?

In the Nazareth synagogue Jesus announces that he has come to bring the Good News to the poor. He does not speak of the rich, of the powerfull…

Jesus from the start sided with the rejected, the forgotten. He made the choice of beginning with the poor, opening himself to all, without rejecting anybody.

It is rare in a society such as our Church, to opt for the poor from the outset.

I am glad that Pope Francis has decided to canonize Archbishop Romero, who is a prophetic and fighting figure for justice. 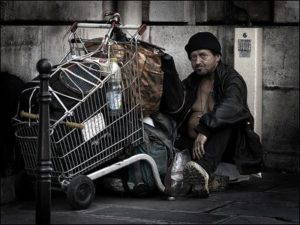 “The changes needed at the heart of the Church, in her pastoral, education, her priestly and religious life, in lay movements, which we could not have achieved from the perspective of the Church alone, we are making now when we turn towards the poor”.

“It is starting with the poor that the Church can be for all, that it can serve the powerful by means of a pastoral of conversion; but not the reverse as has so often happened”.
(Discourse in the University of Louvain on the occasion of his title of Doctor Honoris Causa, 2nd February 1980)

Once a remark of Bishop Helder Camara caught my attention :“If I am not a hope for the poor, I am not a priest of Jesus Christ”.

Léon Schwartzenberg, the renowned oncologist, campaigned on his retirement in the association for the undocumented of which he was a member. He was a friend, atheistic Jew, and used to call me “my favourite bishop”.

On his death we brought him to the cemetery of Montparnasse in Paris, to the jewish plot. Crowds of poor came to the event, filling the cemetery. The undocumented, the homeless, came, some from afar, for “Léon”, who had done so much for them and who was a sign of hope for them.

When Víctor Hugo, the author of Les Misérables died, crowds of poor people filled Paris from all directions to accompany him to his final place of rest: the Pantheon.

He didn’t want theprayers of the Church, but in the hearse for poor people that he had asked for, he received the recognition of the “miserables” of Paris.

Today, who do I think bring hope to the poor?

When I was leaving Évreux, in my last sermon in the cathedral, I addressed the people:

“Every Christian, every community, every Church, that does not begin, above all, to be the bearer of help for people, has no chance of being understood as the bearer of Good News.

Every man, every community, every Church which in principle and first of all is not a brother to all people, cannot find the way to the heart, the secret place where one can welcome this Good News”.

Jesus was a great hope of the poor. He approached them with mercy, without excluding anybody. The poor felt loved by God. The most deprived discover with surprise that they are God’s favourites.

In the Gospel, the only approach of deliverance for each person, is to recognise their dignity.

Have you seen the amount of walls that are being erected all around? The walls that separate people and prevent them from circulating. The barbed-wire fences to protect them from immigrants. The association of the undocumented of many countries have as a slogan, “No to walls between peoples, no to walled-in people”.

I dislike walls. When I visit prisons, I feel happy coming out leaving behind the walls that rob me of all horizons. 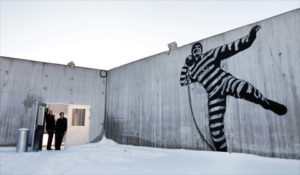 Jesus spent his life removing walls: Walls of wealth, walls of prejudice and distrust, walls of indifference, walls of forgetfulness. And, especially, by his death on the Cross, he brought down the wall of hatred that separates us from one another. To see the light of the Easter sun, one must come out from behind walls.

Crossing frontiers “within ourselves” is difficult. It demands conversion. However, isn’t this what is needed to be a universal brother?

We can go on mission to the end of the world with an outdated and inappropriate cultural model.

We belong to a Europe with societies no longer marked by traditional Christian values. Why wish to impose values on all when they are only of the few?

When same-sex marriages were authorized in France, what a scandal! Even for priests themselves. This public recognition of homosexual couples, was not about tolerance but a right. It was a huge cultural shift.

Today, with globalization, different religions are present in the large cities. They are in schools, in hospitals, in prisons, in work-places… A prison chaplain commented to me:

“For thirty years I was the only chaplain. All was fine. Now there is a rabbi, an imam, a pastor and an evangelical who I don’t get on with at all. It’s time for me to retire!“

This reminds me of a proverb:

“When one is alone, one goes more quickly; when several of us go, we have to go further!“

How can one be a universal brother and not accept others?

And if we touch on the social status of priests? I live in a country where priests are scarce and where Christian communities are attractive.

I cannot shake off a dream, the dream that you could call on men or women of experience, be they married or not, with a job, with a profession, with free time, with the agreement of the communities and of the bishop who would lay hands upon them.

It is not a matter of waiting for candidates to present themselves, but of taking the initiative of making a call depending on the needs of the local Church.

By the way, are those who are in the seminaries today the priests that the Church needs tomorrow?

Father de Foucauld was sensitive to events. Events got him moving. A man on the way and one who was searching, he was able to go from one place to another. He never ever settled. For him, to settle was death. For the sake of Jesus and the Gospel he was willing to go all the way.

We have changed to a new world. We are witnessing the end of a world. Witnesses also to the birth of another world where one doesn’t know what will become of it. Our course is revealing new horizons and opening up to change.

In France when we meet faithfully each month in fraternity, it is striking to see us arriving burdened by years, with disabilities, tired… 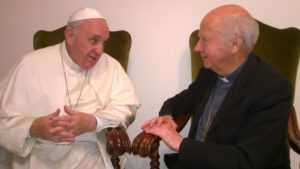 We believe we are nearly dead. But with this thought we feel we are seeds. Seeds of life!

A new day is coming.

(Thanks so much, Liam, for the English translation) 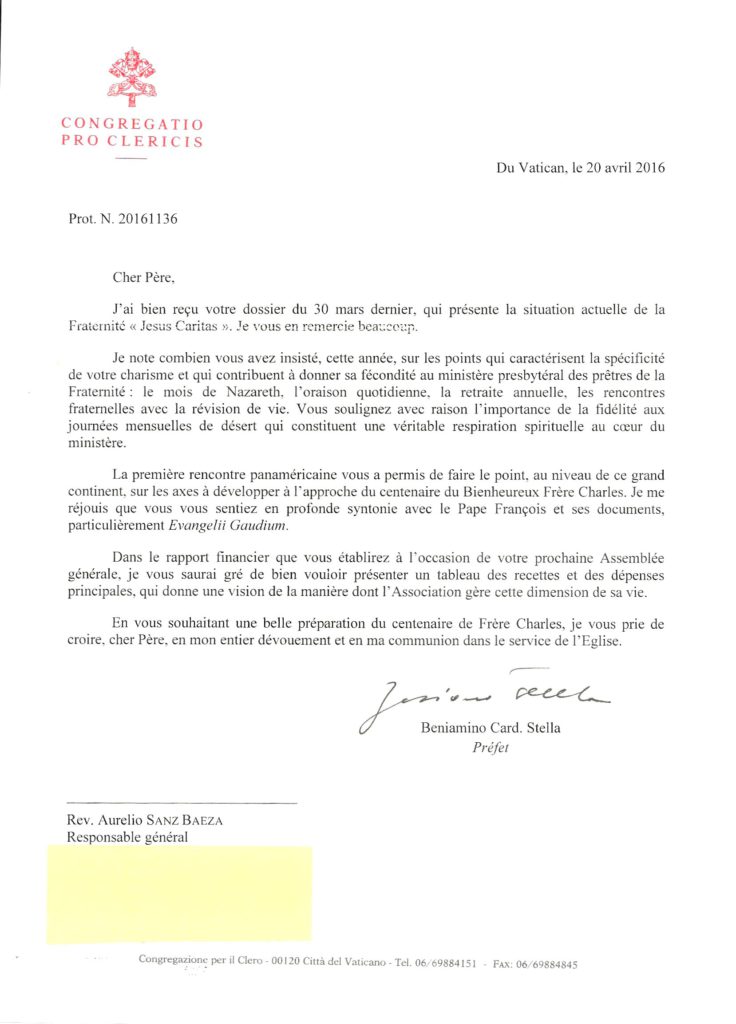