In view of the International Assembly of Bangalore in January 2019, we direct this questionnaire to all the Fraternities. The theme chosen for this assembly is Missionary Diocesan Priests Inspired by the witness of Br. Charles de Foucauld.

The social and ecclesial realities of our continents have changed profoundly since our last assembly in Poissy. Pope Francis calls us to a new impulse (élan) for evangelization in his exhortation Evangelii Gaudium. We ask that each fraternity would make a review of life from this questionnaire so that the reflection of the international assembly will be rooted in the life and mission of each one of us as diocesan priests. We propose the following process:

First, each fraternity responds to this questionnaire.

Secondly, the report will be sent to the regional responsible before May 2017.

Thirdly, the regional report will be sent to Aurelio by September 2017 so that the International Council can use this in their meeting in January 2018 in Bangalore.

The reports will be summarized and published in each country’s language.

How do our political, economic, social and cultural realities touch me and my fraternity?

How have we, as a diocese, parishes and communities, been inspired and illuminated by Evangelii Gaudium to be a Church reaching out to the peripheries? What are the obstacles and dangers in this journey?

How do we experience the spirituality of Br. Charles through the Review of Life, Day in the Desert, Eucharistic Adoration, and accompanying the poor?

a. Number of priests in your Fraternity
b. Number of brothers that have done the Month of Nazareth
c. Support to other Fraternities
d. contacts with the Spiritual Family of Br. Charles

Between 17 and 27 October our international team of the Fraternity for Priests Iesus Caritas will be assembled in Kansas City, United States, hosted by Mark.

We are going to work the themes of the fraternity we carry on agenda and have all brothers and fraternities at our desk, our prayers and our heart.

Pray also for us, and for the sick brothers or with difficulties; by the brothers from all continents; the new fraternities and the projects that we have to face. Thanks to each and every one of you. Jesus bless us all and brother Charles illuminate the way. 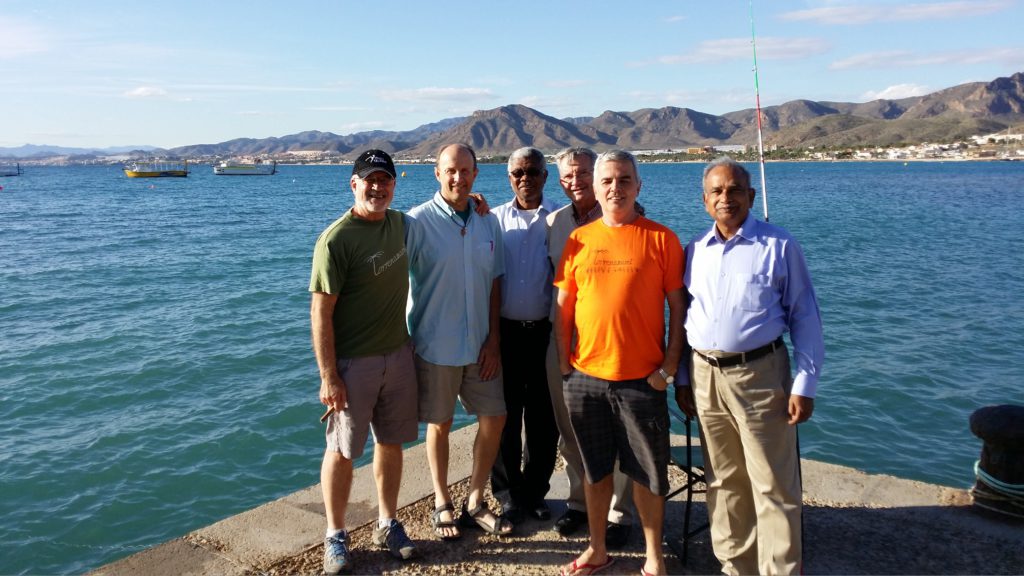 Monsignor Anthony John Philpot (always known as ‘Tony’) died on July 16th 2016 aged 81 at the Little Sisters of the Poor Convent, North London. The funeral tribute spoke of his gifts as a parish priest and the many additional responsibilities he had held in the dioceses of Northampton and East Anglia. His brother priests in Jesus Caritas have particular cause to give thanks for the contribution he made to the Fraternity.

Elected as International Responsible at the Assembly of Santo Domingo in 1982 he gained a deep understanding of the Fraternity. He saw clearly that no single region has a complete grasp of Br Charles’ charism but that each one emphasises a different aspect. Thus, no one has a monopoly but rather we all need one another to discover the unfolding richness of the gift God has given us in the life of this extraordinary man. Hence the need to come together, to communicate.

Tony was an amazing linguist who even in the last weeks of his life was seen studying Rumanian in an effort to converse in their own language with some of the workers in the convent. Not to display his own cleverness but as a way of meeting the other on their own ground and making them feel comfortable and valued. In this way he tried to be a ‘universal brother’.

Almost all of his priestly life Tony was a parish priest but he was also a wise and generous pastor for his fellow clergy. His writings on priesthood were widely read. For five years he was spiritual director to seminarians in Rome. He was greatly in demand as a retreat giver and to us in the English Fraternity he never said ‘no’. It was only his final illness that prevented him from leading our latest Month of Nazareth. The booklets he wrote on the Fraternity still retain their freshness thirty years later.

A fitting legacy to us in Jesus Caritas can be found in the final words of Tony’s report as retiring general responsible where he urges each member to use the means that the Fraternity gives us (adoration, review of life, gospel sharing, desert, month of Nazareth…) “In using all these means and remaining faithful, we are the Jesus Caritas Fraternity of Priests, a precious resource for the universal Church.” 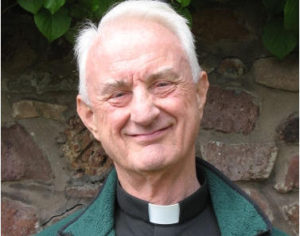 Anthony (always known as Tony) John Philpot was born on March 24, 1935 in Croydon, the eldest child of William and Josephine. When war broke out his father’s office was moved to Bedford, and he subsequently went to Bedford School, alma mater of John Bunyan.

In 1953 Tony began his studies for the priesthood at the Venerable English College in Rome, and was ordained in 1959 at the Basilica of St John Lateran, completing his Licentiate in Theology the next year, and returning to the Diocese of Northampton to serve as assistant priest, first at St Joseph’s, Bedford and then at Northampton Cathedral.

His first pastoral charge was in Leighton Buzzard, and, thereafter all his parish appointments were in what later became the Diocese of East Anglia. He took over the parish of St Mark’s in Ipswich, when the Franciscans left, and was later moved to Newmarket, following a short spell working with the Society of St James in South America.

In 1980, Bishop Alan Clark asked him to move to Our Lady and the English Martyrs in Cambridge, where he remained for 14 years. His time there, where his gifts as a talented preacher and a gentle pastor were much appreciated, was one of change. Though the liturgical wars which had dogged his predecessor, Canon Paul Taylor, were over, Tony was involved in major reorganisation of Catholic state secondary education in Cambridge, as well as a major and much needed refurbishment of the rectory.

When the Diocese of East Anglia was established in 1976, Bishop Alan Clark asked him to take charge of religious education, and later appointed him as one of his vicars general. The 1980s was a time when mutual support for the priests of the diocese was given high priority and Tony was given responsibility to head up the Ministry to Priests programme.

He had also become involved in the Jesus Caritas Fraternity, inspired by the spirituality of Charles de Foucauld, for which he eventually became the worldwide responsable. This took him out of the country for a considerable time each year, and as a seasoned traveller to all corners of the globe, he soon learnt the perils of delayed and lost luggage. So, in keeping with his own simple lifestyle, it was his proud boast that he could be away for three weeks at a time, just taking hand luggage with him and washing and drying his clothes on a daily basis.

He was also elected to the Old Brotherhood of the English Secular clergy, a body which had, in penal times, been responsible for the governance of the Catholic Church in England and Wales until the appointment of Vicars Apostolic, and which has continued as a  fraternity of 24 priests ever since.

Following his time in Cambridge, Tony took the unusual step of returning to St Mark’s in Ipswich, where he had been parish priest some years before, and after a relatively short time there, he was asked to take over the running of Palazzola, the country villa of the English College in Rome, on the edge of Lake Albano.

He was increasingly in demand as a retreat giver, and there can be few dioceses in England and Wales that did not benefit from his accessible wisdom and deeply-rooted personal spirituality. His way with words was put to good use in an excellent booklet on the sacrament of reconciliation, called ‘Clearing the Site’ and two books – ‘Priesthood in Reality – living the reality of the diocesan priest in a changing world.’ and ‘You Shall be Holy – spiritual basics.’

Perhaps, unsurprisingly, he was asked to move from Palazzola, to become Spiritual Director at the Venerable English College, a post which he held for about five years.

Retirement from the College took him to Peterborough, where his phenomenal gifts as a linguist were put to good use in ministering to the large Portuguese community in the city, whose language he had made it his business to learn before leaving Rome.

But even his retirement was interrupted, when he was asked to return to Rome and help out at the Beda College for a year. Contact with seminarians in formation, and priests in active ministry in his own diocese and beyond meant that there can be few who wouldn’t at least have recognised his name, even if they had no personal encounter with him.

After some years in Peterborough he took the bold decision to move to London when an independent flat became available at St Anne’s home in Stoke Newington. Living in London meant he was much nearer to his sisters Margaret and Cathie.

Cancer eventually took over and he was transferred to the nursing home section of St Anne’s. Tony struggled bravely, and died on July 16. May he rest in peace and rise in glory!