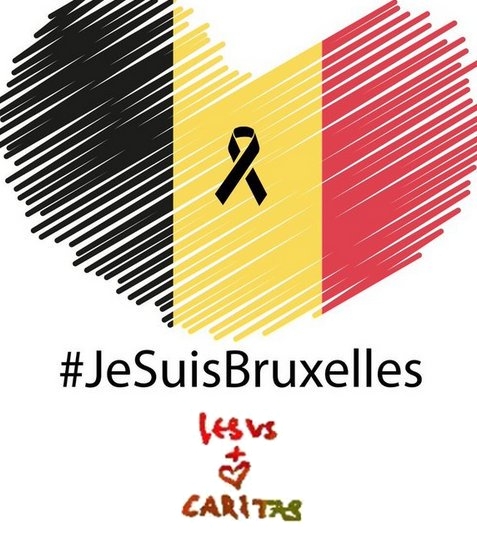 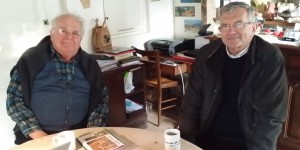 This week we have worked at the house in Vernon of François MARIN, who has been caring for us like an older brother. His fraternal and welcoming manner encourages us to work tranquilly in peace.

We remembered all the fraternities, brothers with problems, the Church of 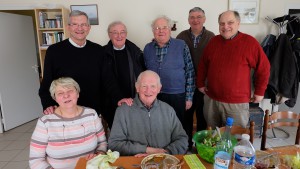 which we are part, we prayed for those who suffer and rejoiced in instances of fraternity which are ever more alive and faithful to the Gospel. On our first morning we shared with Jean-François’ fraternity, praying together, doing a Review of Life and sharing lunch. It was a joy to embrace Michel PINCHON and the other brothers. 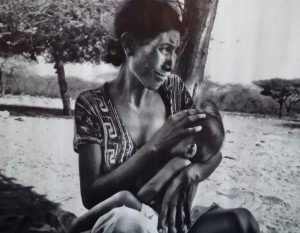 The experience of the first Pan-American Assembly in Mexico gave us much light in our work The conclusions which are published on our www.iesuscaritas.org web page, “Letter from Cuernavaca, News and Proposals” speak of life, of the present reality, with calls and proposals not only for the fraternities of the Americas, but for those of the whole world. We wish Fernando TAPIA, recently elected continental responsible for all America, all the best for this service to the fraternity, which he has taken on with joy.

We are encouraged by the formation of fraternities in Haiti, Bolivia, Columbia, and the possibility of new fraternities in Senegal and Zimbabwe. We have looked into how to help them in order to support their initiatives.

The death of Hermann [Steinert], from Germany caused us sadness yet at the same time hope, as he was a loved and admired brother for us. The health of Giuseppe [Colavero], in Italy, is a concern for us and we prayed for him, feeling very close to the whole Italian fraternity.

Increasingly we feel called by the charism of Brother Charles to live Nazareth and Universal Brotherhood in our pastoral ministries, parishes, seminaries, chapels, hospitals, prisons, and reception centres for people in need. We feel we should publish a document on this, namely, how to be priests of the fraternity with this Nazareth life-style in both our work and everyday dealings with people.

As part of the International Team, we received the proposals of the Pan-American Assembly and we committed ourselves to implementing them. We have been asked to put together a directory for the Month of Nazareth, which would serve all countries, taking into account social peculiarities and cultural differences. We have contacted Manuel POZO, of the Spanish Fraternity: He is going to draw up this document which we will publish as soon as possible. 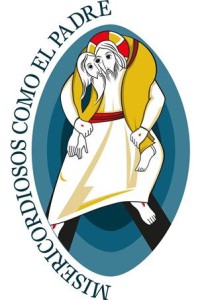 A call to live this Centenary Year of the Death of Charles de FOUCAULD, as an expression of the life of a holy man who helps us and the whole Church to live universal brotherhood, despite the multiple signs of hatred among people, the suffering caused by wars, and the exile of displaced people in the world; the call of Pope Francis to live Mercy with our hearts and hands, and not with rituals and clerical forms of facile remedies to salve peoples’ consciences, but with our commitment to active reconciliation between people. 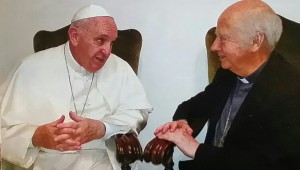 Humanity. Pope Francis and the Great Intuitions of Charles de Foucauld) of Javier PINTO, Chilean theologian and a lay member of the fraternity, published in Spanish, French and English on our website which served as a basis for a great part of our reflection in the Pan-American Assembly, inspired us to look at the reality of the Charism of Brother Charles in us and in the Church, and its unquestionable relevance, especially in this Year of Mercy. 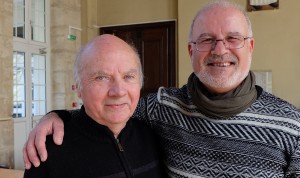 On Thursday 17th, Aurelio went to París to have an interview with Jacques GAILLOT, and it was a great gift from God for him to meet him personally. His close and simple, prophetic and evangelic life-style is an asset for the Church and the fraternity. People of that kind, who, without making any noise, continue to work for the Kingdom with the very poorest, committing themselves to the last and least, developing a work of presence and action in groups of marginalised or people who need to be listened to, are those we most need. His meeting with Pope Francis was a recognition of his intense work on the peripheries, both geographical and existential, and he will help us in the International Fraternity with his writings and witness. Thanks, Jacques, for your availability for this service to the Fraternity.

FOR THE IMMEDIATE FUTURE

In July of this year we will have the Asia Assembly in the Philippines. We encourage the brothers of Asian countries to take part in it and we wish good work to our brother Arthur [Charles], the continental responsible and to the preparation team.

Besides, the Month of Nazareth programmed to take place in the United States in July this year, and directed by Mark [Mertes], and the Month of Nazareth in England in the month of August, organised by Donald [Stoker], lead us to pray for the brothers who will be there and who will have the opportunity to live in fraternity the prayer, the Desert, the Review of Life, manual work, and the sharing of all that inspires them in their pastoral ministry and their personal lives.

Following the seminars in Viviers in July 2015, the spirit that they generated on the theme “Diocesan priests, servants of the encounter between Muslims and Christians”, leads us to continue the sharing between the fraternities of Europe and the fraternities present in the Magreb and the Sahel, at this time, so prone to tension and to all sorts of extremism: the encounter between Muslims and Christians is urgent and indispensable. We ought to follow this path of dialogue in life, just as Brother Charles opened it in Beni Abbès and Tamanrasset.

For all the activities of the International Fraternity (continental and world assemblies, The Month of Nazareth, and trips undertaken by the International Team) the International Fund must have resources. Once again we remind of the need to share in order to be able to carry out all that is planned, as solidarity between the different regions.

We are preparing the documentation of the Memory of the Priestly Fraternity Iesus Caritas, from March 2015 to March 2016, for the Congregation of the Clergy, in line with our commitment with this institution following approval received in April of last year.

We have made a first reflection on the topics to be addressed at our next meeting of the International Team in October in Kansas, USA., where Mark will host us, and we want to gather again with joy in that atmosphere of fraternity, in the work and in sharing our lives, and at the service of all the fraternities.

We entrust ourselves to your prayer, that you put the Fraternity before Jesus each day, although we do not all know each other, the life of the brothers, their projects, their health, their concerns, and their joys. A big fraternal embrace in these days approaching Easter. 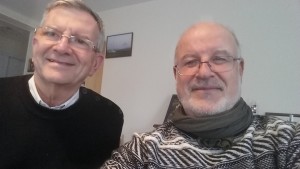 PDF: Letter of Jean-Francois and Aurelio from Vernon, March 2016

BUILDING OUR FUTURE TOGETHER.

PROPOSALS FOR GROWTH IN OUR FRATERNITIES

After listening to the realities of our countries and our fraternities of priests, illuminated by the witnesses of our Brother Charles and Pope Francis, in an atmosphere of prayer and discernment, we have approved a joint group of proposals for human, spiritual and pastoral growth, for our Fraternities of Priests in America.

You can read the entire document in the next link:
Proposals of the pan american assembly, february 2016