Dear Brothers,
It is not easy to write an Easter letter, always a message of immense joy, when brothers of ours have been deprived of their freedom. You already know that Sister Gilberte, a Canadian, of the Congregation of N.D. de Montréal, and two Italian priests of the Diocese of Vicenza – Giampaolo y Gianantonio, who is a member of our Fraternity – remain kidnapped. The Cameroon Fraternity is suffering and we are all suffering: the congregation, the diocese, their families, friends, until they who are giving their all for others and for love of Jesus, proclaiming the Gospel with their lives, as Brother Charles used say, return safe and well. Up to today we know nothing, but we send them all our love and support in prayer. Let us pray for their well-being and freedom. We embrace Grégoire CADOR and all the brothers and fraternities of Brother Charles in Cameroon. 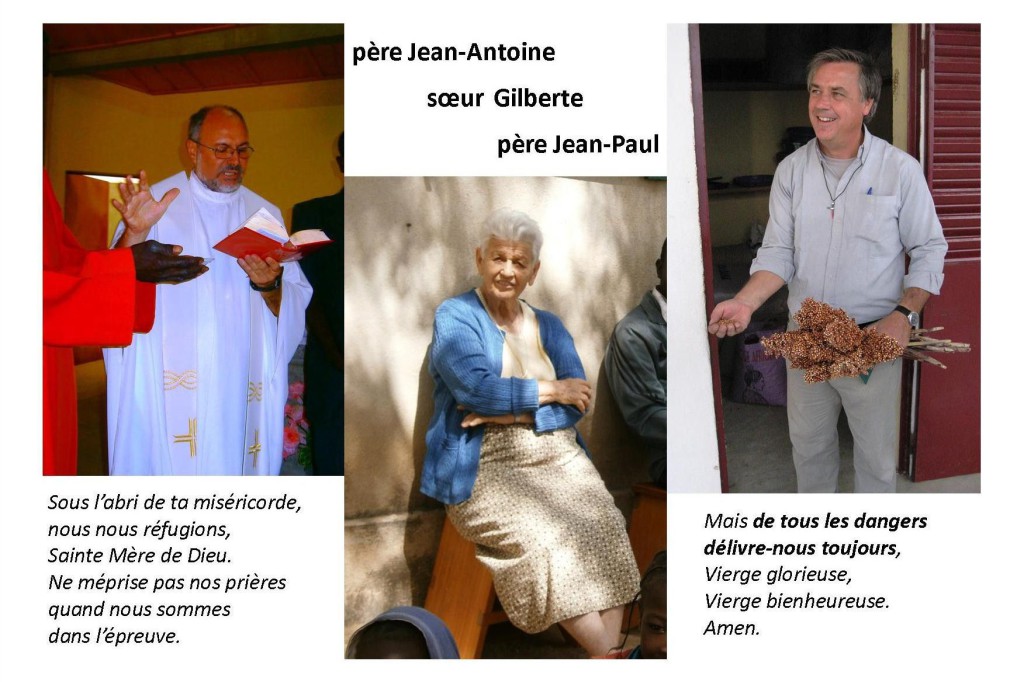 Last January I visited the Mexican Fraternity on retreat in Cuernavaca, where I met for the first time brothers who are a living gospel, by their lives, by their commitment to thers, by how they live in certain situations of great risk and the response that they give to the people by their lives and commitment. I greatly appreciated the style of fraternity they are living and how they live it. 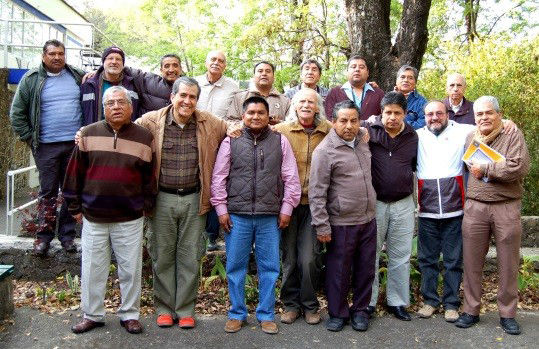 A great joy for our whole Fraternity has been the nomination of Philippe OUÉDRAOGO,  Archbishop of Ouagadougou, Burkina Faso, as Cardinal last February 22nd. It was he who introduce the Fraternity to this zone of the african Sahel. Especially for the Burkina  Fraternity and the Church of that country it is an incentive to grow as Christians and to feel part of the Church in communion. 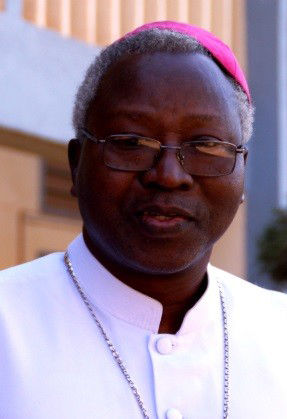 I met with several brothers and with Philippe too on the morning of the 10th February., sharing on the reality and the projects of the Charles de FOUCAULD family, where, priests, laity and Little Sisters of Jesus meet at least once a year for a joint retreat, apart from other meetings in different dioceses, or for some special occasion. 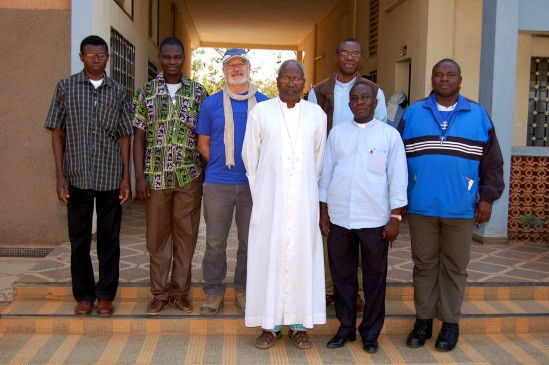 The Month of Nazareth was held in Brazil in January, with the participation of many brothers and the support of the fraternities of Brother Charles. It was a grace from God for them and an important incentive in the following of Jesus. José ANCHIETA was the director of the Month. 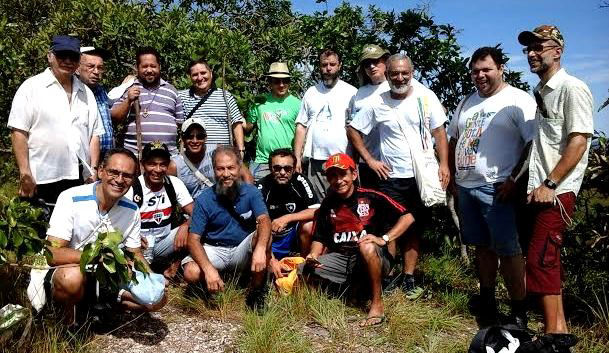 Another Latinamerican Month of Nazareth took place in February in Chile, with brothers from Chile and Argentina sharing in a time of grace and an intense experience of brotherhood, directed by Fernando TAPIA. 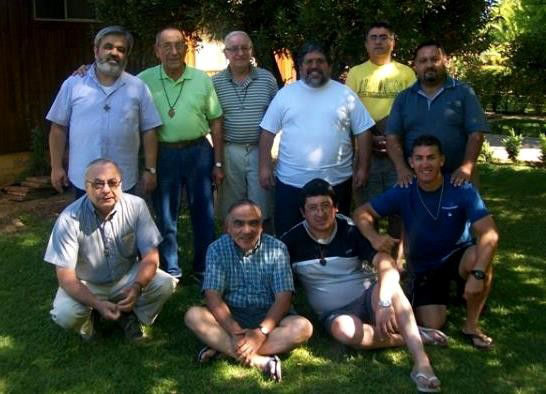 The shared experience of the two countries, where the fraternities are committed to evangelization and mission as a living presence of Jesus, was truly extraordinary. Later in Chile, with an earthquake and tsunami in the North and then the fire in Valparaíso, the brothers suffered along with the people, staying with them, helping and accompanying and putting themselves at the service of those who had lost everything, transmitting hope and energy. We send them from the International Fraternity our brotherly and close embrace.

The Month of Nazareth is the means of taking on a commitment as followers of Jesus, within or apart from the fraternity. It is a school of prayer and of contemplation of the life of brotherhood, in the style of the home of Nazareth with whatever each day brings, in whatever God gifts us in order to walk trusting in him and in the life of others, so as not to feel alone or isolated in pastoral life, spiritual life and our commitment to the people. We don’t separate ourselves, we unite. We don’t live on another planet, distanced from the world; we are immersed in life with its joys and suffering; and in a work that builds up a world of peace and justice. The next Month of Nazareth will be in Ireland in July and in Cameroon the same month with the participation of many African brothers with the first Panafrican Assembly of the Fraternity to take place at the end of the Month. Let us join in prayer from now on for these brothers, who come from countries with grave problems of peace, poverty, and political instability, where Christ is at the very heart of those who suffer and delights in the shared bread for the feast of the poor, the humble, those who sow in love despite their pain. 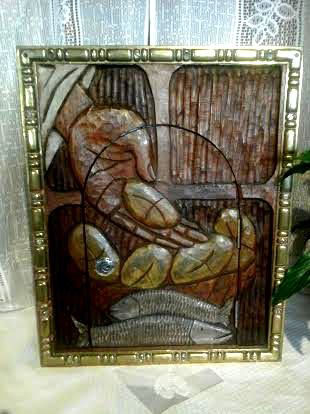 May we this Easter 2014 proclaim the joy of believing in and following Jesus, in hope of change in a system that enslaves humans, with love without boundaries, letting ourselves be anointed with the oil of gladness, as Pope Francis has said in his Chrism Mass homily. This oil of gladness that marks us and which ought to mark all that we do, our human relations, the pain and hopes of those affected in Chile, and of the suffering world of the Ukraine, South Korea, Nigeria, the Centralafrican Republic… The oil of the saving mark of Jesus, in a ministery of service and presence among the most abandoned. 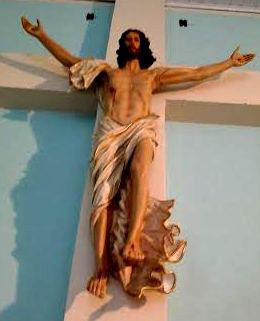 Our Easter is both a personal stance with Christ, our strength, and our communitarian stance in relation to the causes of any injustice that deprives a human being of liberty, or manipulates him into remaining a slave of money, of the interests of the great system lobbies: the petroleum cartels the banks, industry that does not respect the environment or the rights of indigenous peoples, and the lobbies of drug and arms traffickers… the lobbies who experiment with human lives and with the future of the planet, seeking only their own interests. We cannot bow the head before all this or confine ourselves to naval-gazing, taking refuge in a spirituality that is not the spirituality of the Gospel.

I urge you to link up and contribute to the web page www.iesuscaritas.org offering experiences, dreams, happenings, upcoming events…Send everything to my e-mail address.

On behalf of all fraternities, on behalf of our international team –Jean François, Emmanuel, Félix, Mark, Mauricio and I, who will celebrate our next annual meeting in Amborovy, Madagascar, in September – the message of joy in the Risen Christ, putting our arms around the shoulders of Gilberte, Gianantonio and Giampaolo; that they may feel from afar the closeness of our heart, wherever they may be, praying for their health and their freedom. I am sure that they know they are not alone and that thousands of people accompany them both in their joy of following Jesus and suffering for him, they who have given themselves to the most disadvantaged.

With my fraternal and Easter embrace.

(Thank you, Liam, for the translation)