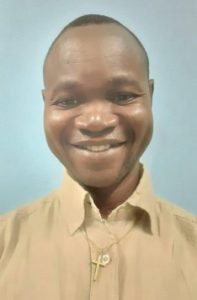 An orphan surrounded by affection

Charles-Eugène de Foucauld de was born in Strasbourg on September 15, 1858 to François Édouard, Deputy Inspector of Water and Forests, and Elisabeth Marie Beaudet de Morlet. He had only one little sister, Marie, born August 13, 1861. Charles’s childhood was marked by mourning. In 1864, at age 6, he lost his mother due to a miscarriage on March 13, his father on August 9 and his paternal grandmother in October. Charles and his sister were then educated by their grandfather, Colonel de Morlet, who surrounded their childhood with warm affection. Their childhood was also marked by the affection of the family of his paternal aunt, the Moitessiers. Charles especially forged a solid and deep friendship with his cousin Marie Moitessier who would play a decisive role in his human and spiritual growth. His grandfather assured him a good Christian education; he took his first communion and his confirmation on April 27, 1872.

The loss of his faith

Admitted to the Lycée of Nancy in 1872 and the Military School of Saint-Cyr in 1976, Charles lost his faith for about 12 years. This stage of his life was marked by excesses and deviations in his behaviour. The death of his grandfather on February 3, 1878 worsened his situation. Charles then sank into laziness, indolence, boredom, indiscipline, mediocrity, excessive celebrations and crazy financial expenses. He even became attached to a woman, Marie C, and made her his concubine.

As he was a poorly disciplined but courageous soldier, Charles was bored and eventually left the army in 1882 to devote himself to exploring Morocco. The brilliance of success restored him to the esteem and admiration of his family and of society. It is now inhabited by a moral and religious quest. The affection and faith atmosphere of his family supported him in his increasingly intense religious quest: “My God, if You exist, let me know You! “. He meets Father Huvélin at Saint-Augustin Church in Paris to discuss religion, but the latter invites him to take communion and go to confession. Charles de Foucauld thus converted at the end of October 1986 and his relationship to God will gradually be full of love, tenderness and total abandonment to God.

A Trappist and an inflexible imitator of Jesus of Nazareth

In 1890, barely three years after his conversion, he joined the Trappists at Notre-Dame des Neiges then at Notre-Dame du Sacré-Coeur in Akbès (Syria). But very dissatisfied with not being able to find the extreme poverty of Jesus in Nazareth in the trappist onastry and eager to found a congregation to fully live this ideal, he left the life of the Trappists in January 1897. Under the informed direction of his spiritual director, Father Henri Huvelin, he went to the Holy Land and became a servant of the Poor Clare nuns in Nazareth in order to imitate the hidden life of poor Jesus, stripped of everything and seated in the last place.

The discovery of his priestly and missionary vocation

For almost three years, Charles de Foucauld lived daily very long hours of Eucharistic adoration, meditation on the Holy Gospel and theological readings. Very important changes then take place in the perception of his vocation and of the sacrament of the Eucharist. He perceives that above all, nothing glorifies God so much here on earth as the presence and the offering of the Holy Eucharist. He is also convinced that never a man imitates Jesus more perfectly than when he offers the sacrifice or administers the sacraments. Charles returned to Notre-Dame des Neiges to prepare for priesthood. The diaconal and priestly ordination retreats instilled in him the conviction that the Eucharist is a banquet to be given to the poorest. It requires living a universal brotherhood with all men, in particular with the most distant. From there on, his vocation to imitate Jesus in Nazareth was no longer to be lived in the Holy Land, but in the midst of the most neglected sheep, those of Morocco.

The evangelical clearing of the Sahara through friendship and kindness

Ordained a diocesan priest on June 9, 1901 at the major seminary of Viviers, he wanted to go to Morocco and settled for that in Beni-Abbès, a crossroads on the border between Algeria and Morocco. Brother Charles lived in the Sahara an evangelization of land clearing through friendship and kindness. In Beni-Abbès, he began by leading an intensely contemplative life with great fraternal availability to all those who presented themselves in his Fraternity: the caravans, the soldiers and officers, the simple travellers, the slaves and especially the poorest and most destitute.

In order to begin the evangelization of the Tuaregs he engaged in pastoral tours at the pace of military missions. He thus wanted to gain the confidence of the populations and enter into friendship with them. He settled later among the Tuaregs at Tamanrasset in May 1905 from where he made pastoral tours. He was embodied in their culture by learning their language and culture and translated the Holy Gospel and some passages from the Old Testament into Tuareg. Charles also carried out important linguistic work including the realization of an elementary grammar and two lexicons Tuareg-French, French-Tuareg. Despite many difficulties, Charles did not renounce his presence among the Tuaregs, which he summed up in these terms:

It is first of all to place in the midst of them Jesus, Jesus in the Most Blessed Sacrament, Jesus descending every day in the Holy Sacrifice; it is also to put in their midst some prayer, the prayer of the Church, however miserable the one who offers it is … it is then to show these ignorant people that Christians are not what they are supposing, that we believe, love, hope; finally, it is to put souls in trust, in friendship, to tame them, to make friends if possible; so that after this first clearing, others can do more good for these poor people1.

It was among the Tuaregs that Charles de Foucauld died on Friday, December 1, 1916, assassinated by Senousites who had come to ransack his residence and take him hostage. He was beatified by Pope Benedict XVI on November 13, 2005 and canonized by Pope Francis on… 2021.

A multitude of “followers”

After 15 years of pastoral ministry in the Sahara, Charles de Foucauld hardly made any converts. His ardent desire to found a religious congregation to live out the perfect imitation of Jesus of Nazareth was unsuccessful. Despite this apparent failure, the life and death of Brother Charles were made fruitful by the Lord. This is how many disciples of Christ are inspired by his spiritual experience founded on the Eucharist celebrated, adored and lived, on universal fraternity, on daily listening and meditating of the Gospel, on total and trusting abandonment in the will of the Father, on the ardent desire to bring Christ to the poorest and most distant.

Transformation through the Eucharist

Charles de Foucauld’s spiritual experience is like a light that the Lord offers today to his Church to enlighten its progress. The intense Eucharistic devotion that he communicates to us is an effective means of living our Eucharistic celebrations and adorations in the freshness of the conciliar reform of Vatican II. In Brother Charles’s school, one cannot take part in the Eucharist without living a deep communion with Christ which opens us to all men, in particular to the poorest and the most distant. His model of Eucharistic adoration invites us to listen to the Word of God in order to be transformed by imitating the virtues of Jesus.

The relevance of Brother Charles is also expressed through his model of evangelization. In the midst of a strongly Muslim world where he could not openly invite to believe in Jesus, Charles de Foucauld wanted to proclaim his Master by living kindness and friendship with all those he met. Isn’t it this fraternal, friendly and tender presence that we need to witness to Jesus in our increasingly secularized world?

Brother Charles saw his Muslim brothers become radicalized: “It is the Islamization of Hoggar, […]… It is a very serious fact […] in a few years, if the Tuatian Muslim influence takes over, it will be a deep and lasting hostility… ”2. Brother Charles’s attitude towards religious fundamentalism so prevalent today is more relevant and inspiring to us than ever. Whether we are in dialogue or in friendship with Muslims, whether we are victims of fundamentalism, we need friendship, dialogue, lucid knowledge of the other to “understand” him, kindness and love tenderness to promote the union of hearts.

Patron Saint of the Peripheries and of Universal Fraternity

The Magisterium of Pope Francis invites us to go to the existential peripheries of people in order to make all of them, especially the most distant and excluded, our brothers and sisters. We can find in Brother Charles the specialist, the patron saint of the “peripheries” and of universal fraternity. This is what he lived and taught: “we must love all men equally, rich and poor, happy and unhappy, healthy and sick, good and bad, because all are members of the Mystical Body of Jesus (next or distant matter), and therefore members of Jesus, a portion of him, that is to say infinitely venerable, amiable and sacred”3.

A heavenly friend who accompanies and challenges

Charles de Foucauld is above all relevant today because his presence with God, in the immense crowd of saints, is the fulfilment of the universal brotherhood he so sought. His participation in the glory and intercession of Christ makes him so present to us daily and active in our lives and that of the Church. Each of us can ask ourselves: what fruits has the friendship with Brother Charles borne in my life? Are there aspects of my life that Brother Charles challenges to change?

Saint Charles, pray for us!